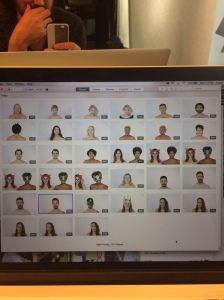 After months of production and anticipation, my next music video will be released April 27, 2017. With the help of 33 brave friends/family and fans, and the fantastic skills of director/cinematographer Logan Sutherland and the editing/special effects of Toronto production duo Secret Level Films, the tale of Noah will be told! The single, the first from the “then” EP, will be released April 13, 2017. Nearly 13 years after it was begun, the song is ready to be shared with the world!